What are the main causes of VOIP quality issues?

In this post, we cover the main causes for voice quality issues and suggest the best practices to avoid them.

Jitter is the variation in the delay of received packets. You may have experienced jitter when you have said something on a call, but it hasn’t been fully delivered to the other call participant. A common scenario is your colleague asking you to repeat what you just said.

Whilst you have clearly said a full sentence, if your network jitter is set to more than 100ms, the delay in transmission may lead to the speech not arriving in a timely manner and being dropped.

Jitter is caused by voice traffic having to compete for priority over other applications. To ensure voice gets priority within your network, assign a dedicated VLAN and apply QoS.

When you are mid call with a colleague, you are likely to put up with patchy speech and speaking over each other. You already have a relationship with that colleague, so you are unlikely to fall out over a series of poor phone calls. However, when this experience is replicated with clients or prospects, it will damage your relationship and reputation.

Latency is the time taken to deliver speech over the internet. Networks that have not supported VoIP or SIP before may have high latency as they have not supported real-time applications before. Email, CRM and document uploading does not have the same requirements as voice communications. If an email is delivered a second late, the impact on the service is minimal. When a voice call is delayed by even milliseconds, the quality is severely impacted.

To avoid issues like delayed speech and speaking over each other, ensure your network latency is no more than 150ms.

SIP and VoIP calls are delivered using data packets. When packets are lost in transmission, the data does not get delivered in real-time. Like jitter, a delay in transmission leads to the speech not being delivered.

Generally, when packets are late or lost during delivery, speech is delayed or inaudible.

Packet loss is sometimes caused by latency or jitter. If your voice quality issues remain following your latency and jitter changes, the cause could be network configuration, lack of bandwidth, or dated equipment not designed to handle voice transactions.

Networks new to hosting voice calls may not be configured to support real-time communications. Regularly, networks are setup with higher latency and jitter levels than voice requires. The first steps you should take are improving these to optimal levels.

Once remedied, you should prioritise VoIP traffic to improve both latency and jitter. This is typically achieved by using bandwidth reservation, policy-based network management, Type of Service and Class of Service.

Is there enough bandwidth available?

As you add a new service to your network, more bandwidth must be made available. Each call requires roughly 100Kbps of bandwidth. When more than one person uses the phone at any one time, your network is required to handle concurrent calls. This utilises any bandwidth available. As other apps on your network are used simultaneously, there must be enough bandwidth available to incorporate your existing applications alongside your new voice traffic.

You may need to upgrade your connection or install a dedicated line for voice if you do not have enough bandwidth available.

Have you dedicated set bandwidth for your voice traffic?

When bandwidth is spread out across your network, applications will compete for bandwidth. This is a common cause of quality issues as some applications are bandwidth heavy. This means there could be no bandwidth available to start a new call or not enough to keep a call running with the expected quality.

You should configure your network to section off a set portion of bandwidth for voice. This provides a dedicated environment for your telephony applications. Your voice service will no longer have to compete for bandwidth and quality will no longer be a concern.

Legacy network equipment like routers and firewalls may not be optimised for carrying voice traffic. If you have never used your network for voice traffic before, your equipment will likely be enabled for data only.

Whilst this doesn’t mean voice services won’t work over this equipment, your router or firewall could be blocking certain protocols or restricting performance. When moving to a voice service for the first time, it is recommended you conduct a network equipment audit. You could require a software upgrade, additional equipment or require the next model in the series.

To ensure your network is operating readily for hosted voice, and to ensure ongoing performance, you must monitor your network and infrastructure appropriately. Monitoring helps to spot basic issues, but also more subtle performance issues.

Lack of monitoring in a network delays proactive network management. This leads to repeated network issues having a knock on effect on voice quality.

By implementing networking monitoring, you can ensure your network is always performing to the high quality standards required for hosted voice.

SAS has one of the best, if not the best monitoring and management platforms in the industry, giving you complete, deep and interconnected information about the network and about how your applications are performing over it. We show you the complete application path, so you can easily spot when and where problems have arisen and do something about it. To learn more about how SAS enables your network to empower your hosted voice solution, book a call with one of our network specialists. 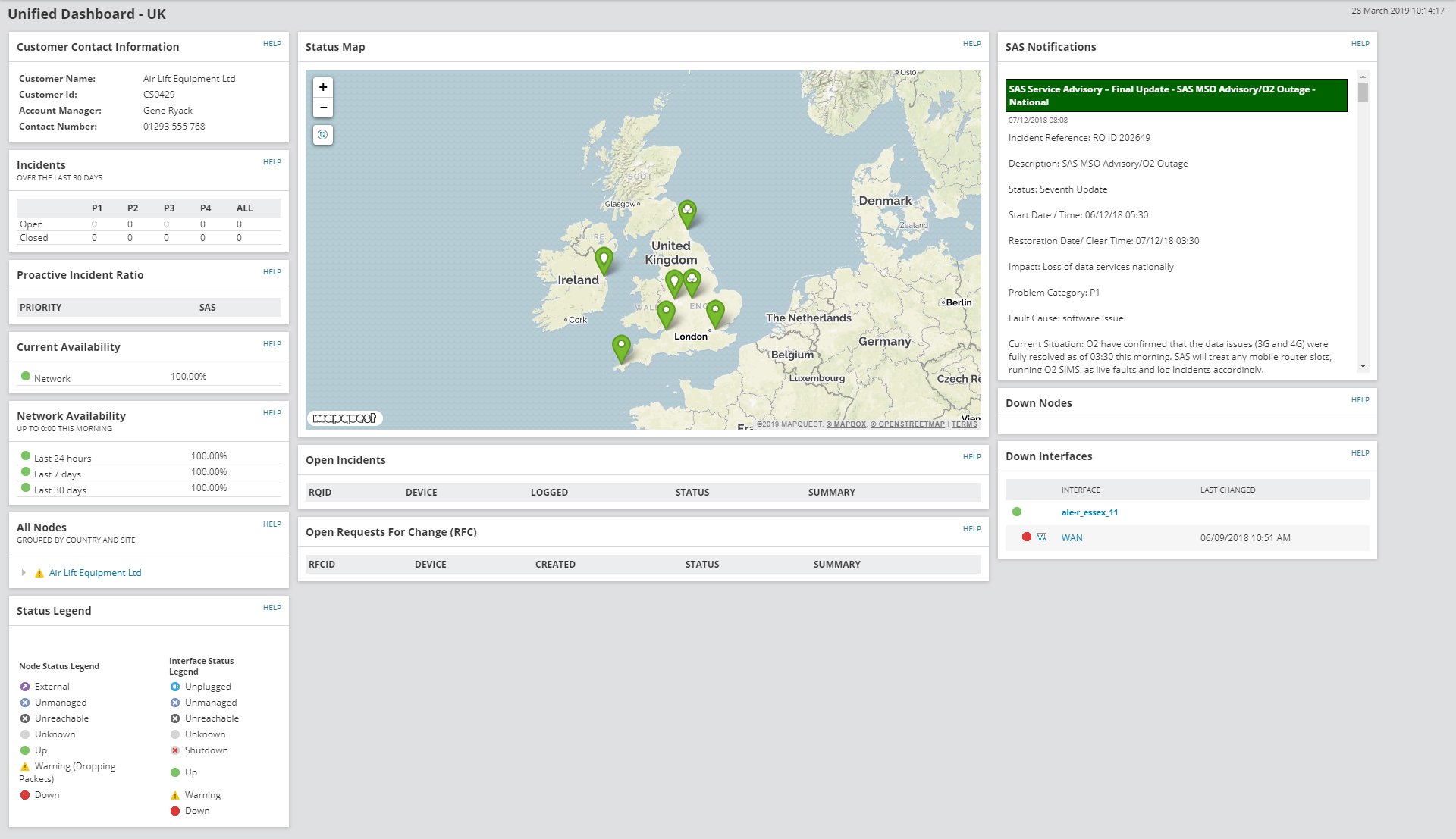 Find out how businesses similar to yours have transformed their WAN for digitalisation, cloud and cost-reduction projects

The IT Manager's Guide to 4G WAN

Guide to choosing a 4G router

How to find the best MPLS providers

How to reduce the cost of your WAN

How we plan our networks

Other ways to get in touch

Request a call back

Let us know how we could improve our website here